Our principal, Joseph Gibson, has worked in and around Congress since 1982. During that time, he has advised members on antitrust, intellectual property, mergers, tort reform, bankruptcy, federal preemption of state laws, telecommunications, health care, and numerous other complex business policy issues. Named one of the key lobbyists in the world of antitrust by The Deal magazine, he provides clients with a broad range of assets that include:

As a result of his work, Bloomberg Government recently named the Gibson Group the number one federal lobbying firm for client retention and the third overall for top performance.

Mr. Gibson last worked in Congress as the Chief Minority Counsel to the House Judiciary Committee under former Chairman Lamar Smith when he was Ranking Member. In that capacity, he served as the top staff member for the Committee’s Republican members and advised them on all political and legal aspects of the Committee’s business. He was also the Chief of Staff in Representative Smith’s personal office during his campaign to become Republican leader on the Committee.

Mr. Gibson previously worked as the Committee’s Chief Legislative Counsel and Parliamentarian and as its Chief Antitrust Counsel. While working for the Committee, he was involved in numerous major pieces of legislation, including the Telecommunications Act of 1996, the Bankruptcy Abuse Prevention and Consumer Protection Act of 2005, the Satellite Home Viewer Act Reauthorization, the Family Entertainment and Copyright Act, and the extension of the Internet tax moratorium. In the private sector, he has lobbied on topics as diverse as telecommunications mergers, health care reform, patent law reform, competition in the technology industry, financial services regulation, McCarran-Ferguson repeal, drug approval standards, and data retention.

Before beginning his government service, Mr. Gibson represented clients in complex civil litigation and white collar criminal cases. In that capacity, he argued appeals before the Second, Eleventh, and Federal Circuits, as well as the D.C. Court of Appeals.

Mr. Gibson is the author of two books on Congress, Persuading Congress and A Better Congress: Change the Rules, Change the Results. The second, A Better Congress, was a finalist for the Independent Book Publishers Association’s 2011 Ben Franklin Award in the Political and Current Events category. He has given numerous television and radio interviews relating to his books.

Mr. Gibson has taught classes on advanced legislative strategy for TheCapitol.Net, a non-partisan training firm. He has also spoken to the U.S. House of Representatives Fellows Program on the role of congressional staff. 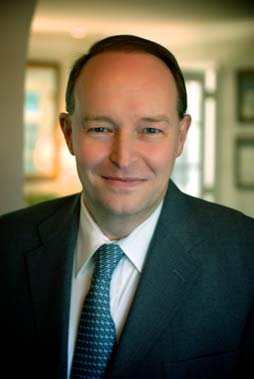 Want to learn more?Give us a call.
What do our clients say?Read testimonials.
top of page
website by lbkdesigns.com